This development makes the SPR1R one of the lightest supercars on the market (a Bugatti Veyron weighs 1990 kilos for comparison) and enhances the SPR1R’s power to weight ratio to a staggering 655 bhp per ton.

In addition, SPORTEC has added a driver-adjustable traction control system, managed via a touch screen mounted in the center console. This unit also doubles as a vehicle data logger and lap timer, which also allows owners to monitor key engine data in real-time.

These combined improvements have yielded considerable performance benefits. While the 0-62mph (100km/h) time is unchanged at 3.0 seconds, the 300 km/h (186mph) increment arrives 0.9 seconds quicker than previously, highlighting the effectiveness of the changes. The quoted top speed of more than 236mph remains unaltered.

This one owner from the new example has been enjoyed for 6300km from new, is fully serviced, and ready to use for the next caretaker.

The car is registered and VAT paid in Switzerland, asking price is 450.000.- CHF, VAT might be deductible if the car leaves Switzerland. 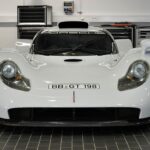 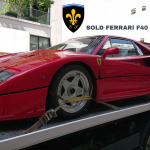 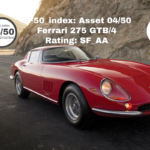 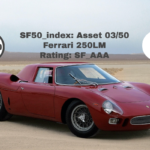 FSC24
This weekend is #triplewhiteWeekend and we are offering 3 white unicorns for a total value of 40 Mio...
Read more

FSC24
Just a few weeks before the big August-Auctions are taking place in Pebble Beach and Monterey, another off-market...
Read more